May 02, 2020
I don't know if we are living in the best of times or the worst of times. It's likely worse for most people compared to what they were living in a few months back. At the same time, it's definitely the best of times for Jeff Bezos who saw his fortune increase by 40% in the same period. It's a time for heroes- our doctors and health workers who are treating the infected and policemen who are enforcing the lockdown, some of them without adequate protection. And a time for villains spreading misinformation and profiteering off desperate people. The only thing that I am absolutely sure of is that we are all living in the most uncertain of times.

I find the idea of uncertainty intriguing. The mathematical view of uncertainty is embodied in the concept of probability. Consider the tossing a coin and assigning 0.5 to the chance of getting a head. The number 0.5 is our assessment of an even happening in an uncertain future. There are two ways of interpreting this assessment, given by two schools of probability- Frequentist and Bayesian. The Frequentists will say that 0.5 is the asymptotic ratio of number of times a head comes up by the total times number of times the coin is tossed. You might get 2 heads and 1 tails for a ratio of 0.6 if you toss a coin thrice. But, if you repeat the experiment a large number of times, the ratio will always converge to 0.5. The Bayesians on the other hand will say that 0.5 is the quantification of a reasonable belief that the coin will come up heads, consistent with evidence after a large number of experiments and updates. A Bayesian acolyte might start with a prior belief that the probability of a coin being heads is 1 but he will update his belief with data from experiments and reach the correct belief which in our case would be 0.5. Thus, there is a certain degree of uncertainty about how to interpret the idea of uncertainty in Mathematics itself, arguably the most certain of sciences.

Adding economics to diagram above would probably put it far to the left in the diagram, even further left than sociology. Most 18th and 19th century economists like Adam Smith, Marx, Ricardo, and Marshall would probably have put it there. Basically, at any time before the mathematical revolution in economics, starting in the 50s, the goal of an economist would have been to apply ideas from sociology and psychology to understand how the economy behaves. The pioneers of the mathematical revolution aimed to take economics more right on the diagram and dreamed of bringing it near physics. The economic models that emerged were mathematically elegant but were based on the core tenet of agents being rational- fully optimizing- in every situation. These models, especially in microeconomics, could not explain real-world data that became increasingly available from the 80s. The pioneering work of Simon, followed by Kahneman, Tversky and others provided alternative models for behavior that did not rely on rationality assumptions. This started a movement towards the left diagram from the diagram and today economics has again started to incorporate ideas from sociology and psychology into understanding how economic agents actually behave.

Yesterday's weather was uncharacteristically pleasant for the month of May in Delhi. I was lying in my room after dinner and listening to Ruskin Bond narrate his "The Eyes Have it" on the radio. I had switched off the lights in my room. I had my window open because it had been a rainy day and there was a nice cool breeze. The reception was patchy and I the could hear lots of static. It had taken some effort to find a corner of the room where the static was low. Bond's warm voice flowing from the radio with his impeccable English made the experience timeless.
Read more 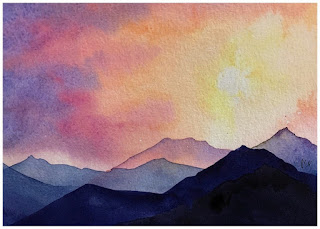